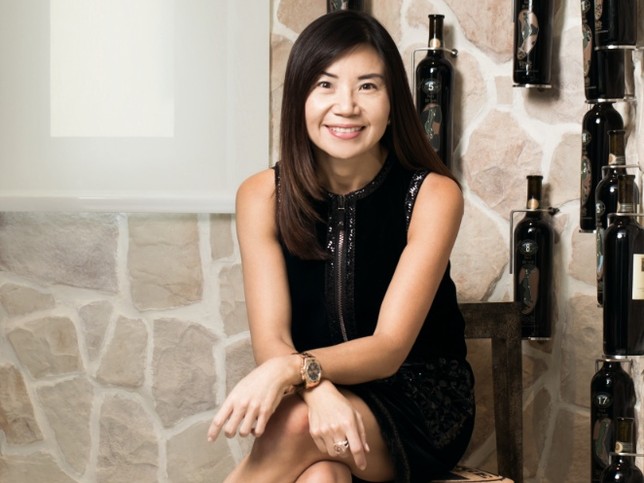 COLUMBIA UNIVERSITY ALUMNI ASSOCIATION OF HONG KONG (CUAAHK) and COLUMBIA BUSINESS SCHOOL ALUMNI NETWORK OF HONG KONG (CBSANHK) present an evening of entrepreneurial spirit. Columbia Business School Alumni Network of Hong Kong is kicking off its Speaker Series with Esther Ma (CBS '92). Esther has recently been elected to the Advisory Board of the Entrepreneurship Program at the Columbia Business School Lang Center. She has kindly offered to speak to alumni and friends about her experiences as an entrepreneur in building her leading public relations agency in Hong Kong, Prestique, and at the same time explore the art of branding.

Capacity is limited to 40 people. Kindly register at your earliest convenience.

Prestique has received the “Caring Company” Award for six consecutive years due to its philanthropic leadership in providing pro bono PR service to 8 charities.  Esther’s personal accolades include the American Chamber of Commerce/South China Morning Post Women of Influence – “Entrepreneur of the Year” Award (2009), "Top 100 Woman Entrepreneurs in China" (2011), “SCMP Woman of Our Time” (2012), and Jessica’s “Most Successful Woman” Award (2014).

Esther received her Master of Business Administration from Columbia Business School (New York) in 1992 and her Bachelor of Arts in Economics and French from University of California at Berkeley (California) in 1987.  She is an avid runner, golfer, scuba-diver, squash player and has done a triathlon in May 2014.  She also enjoys cooking, design, writing and painting.   Esther is author to her three books – best-seller HarvEst of the 7 Human Vines (2014), The A to Z of PR (2005) and Conducting Your Job Search in Hong Kong (1992).  Esther is married to her college sweetheart Harvey Lee and is mother to daughters Quisha (9.5) and Tiqa (8).