Morningside Salon - Michael Schuman: What Kind of Superpower will China be?

**Registration has ended. Thank you for your interest.**

Morningside Salon - Michael Schuman: What Kind of Superpower will China be?
Thurs, Nov 19 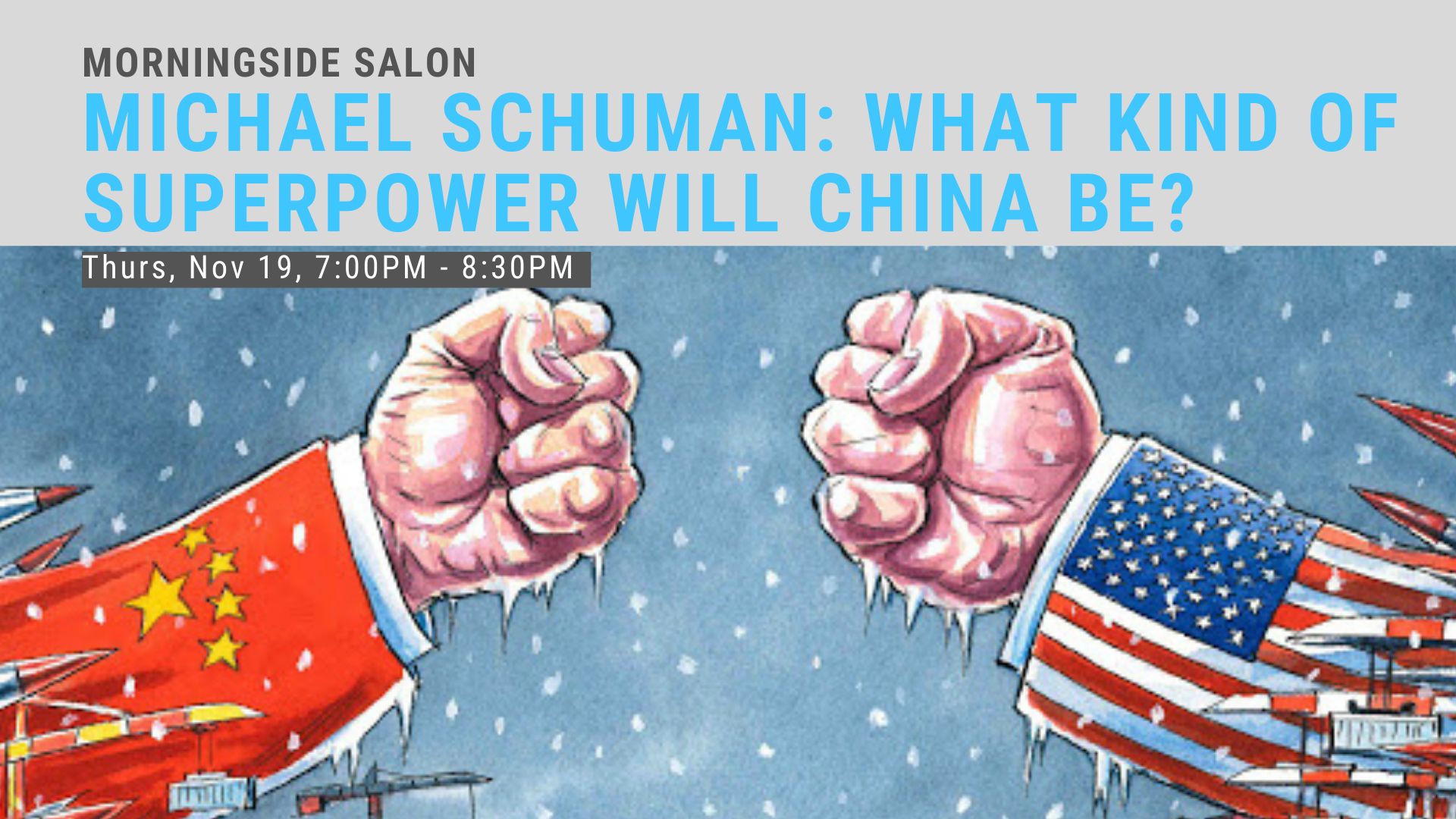 CUAAHK would like to cordially invite you to our next Morningside Salon discussion with Mr. Michael Schuman, SIPA ’92, for his insights into the geopolitical future of US/China relations - both an opportunity and a threat to the new administration in Washington - whose outcome will profoundly shape our own history.

Viewed from the perspective of multiple millennia of human history, China’s current trajectory to the world’s top economies is not an aberration, but a restoration, a return to the norm.  In contrast, the dominance of the West has only been a relatively recent phenomenon from a mere 200 years ago. Today, the US and its allies view China’s ascent as a product of foreign policy errors and miscalculations, producing a dangerous adversary that is a threat to the world order, and to democracy itself.

What kind of superpower will China be?Benign but passive, based on the principles of Confucian benevolence, or assertively expanding their sphere of influence, culturally, economically and militarily, even resorting to coercion and force if necessary?  Which particular values have endured the test of time, and best serve as a crystal ball to forecast China’s objectives and policies in today’s global economic and political world order?

How can the US (and the rest of the world) learn from China’s history and values to adopt a more evolved and nuanced approach to diplomacy, so that a mutually beneficial outcome can be reached? 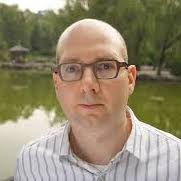 Michael Schuman is a journalist and author who has lived and worked in Asia since 1996. His new book, “Superpower Interrupted: The Chinese History of the World,” was released in June 2020 by publisher PublicAffairs. His earlier works are “Confucius and the World He Created” (Basic Books, 2015) and “The Miracle: The Epic Story of Asia’s Quest for Wealth” (HarperBusiness, 2009).

Mr. Schuman is currently a columnist for Bloomberg Opinion and a contributor to The Atlantic, among other publications. Previously, he was a correspondent for The Wall Street Journal and Time magazine. He has a Master in International Affairs from Columbia University in New York and a Bachelor of Arts from the University of Pennsylvania in Philadelphia.

John Hsu, Business School ‘92, CUAAHK’s chair of Entrepreneurship and Morningside Salon events, is passionate about feeding his burgeoning curiosity in geopolitics/history, as well as his sharing his knowledge in Nutritional Science & Health/Wellness, and his experiences investing in the public and private markets, including VC.